Satty qualified as a Speech & Language Therapist (SLT) in 1991. 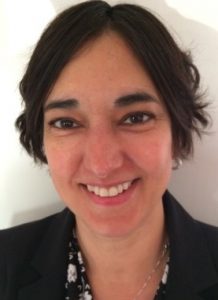 In addition to her clinical work she has been involved in teaching students in dysphagia (swallowing difficulties) at a postgraduate and Masters Level.

Her clinical background is in dysphagia and critical care.

Satty managed the SLT service at SRFT from 2000 until 2013 and also took on the management of dietetics for the last 18 months of her management role, prior to taking time off with her daughter.

She initially became involved in integrated care and service transformation alongside her clinical/management role and then joined the programme on a full secondment from July 2014.

Satty now works as a Senior Project Manager on the programme team and leads the Housing Workstream. She is also involved in developing work around carers and acts as the programme lead for flu, linking to the Salford Seasonal Flu Group.