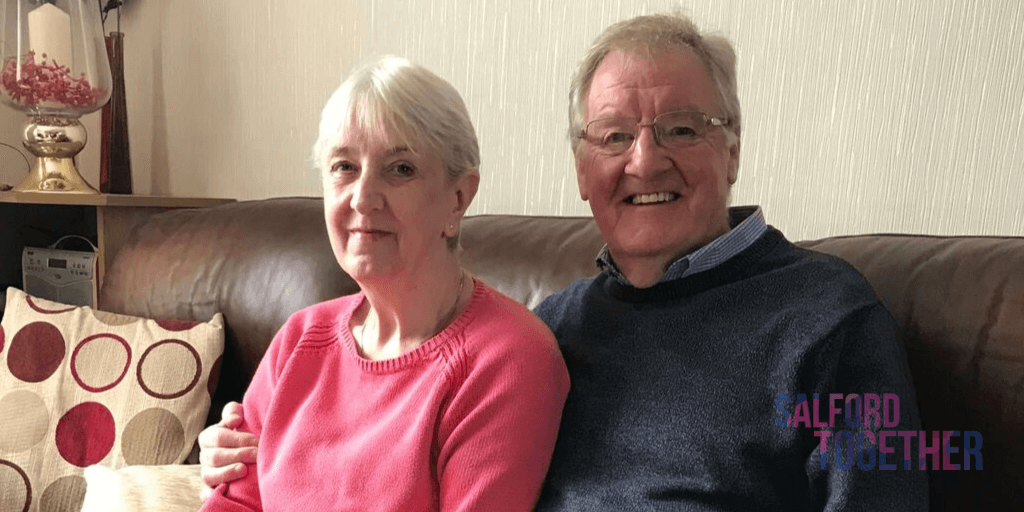 Marlene and Brian were in their local supermarket one day when they noticed the information stand about the Enhanced Care Team. Marlene lives with multiple health conditions and asked the nurses at the stand if she qualified for support. They told her that she did and helped her to fill in a form. Within two days Marlene received an appointment with the team Nurse at Swinton Gateway.

“They were wonderful and made me feel like I was the only person on the planet, which was so important to me at that time”

During her appointments, Marlene:

At the same time as Marlene was receiving support, her husband Brian mentioned his on-going health and enquired as to how he could benefit from the scheme. The team were able to support him as well and put some interventions in place to help him.

To help them both with their on-going wellbeing, a referral was made for them to join the RHS (Royal Horticultural Society) Bridgewater volunteers’ scheme and they were both given gym and swimming passes for 12 weeks to enable them to access facilities. At RHS Bridgewater, Marlene and Brian took part in a heart test, conducted by the University of Salford, measuring their resting and standing heart rates at the beginning of the programme.

Marlene felt very satisfied with how all the staff throughout her journey have treated her and how she was very much involved with decisions about her care.

Both Marlene and Brian feel that their quality of life has improved since they received help from the Enhanced Care Team.

“The Enhanced Care Team was there when you needed them. They treat you like an individual and not a commodity. They had time for you, and they listened, which was important.”