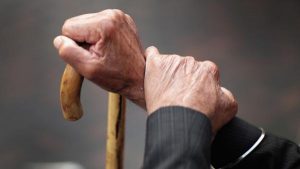 When Agnes fell over in the night, she was already dispirited. Living on her own in her 70s with no family, she had not had a bath in ten months, she had no toiletries, bills were piling up and she was surviving on biscuits and alcohol. Emaciated and frail, she felt too terrified to go out alone and had become isolated, depressed and in debt.

She eventually managed to ring for an ambulance. In the past, Agnes would have been admitted to hospital where she could have spent the rest of her life, being seen by dozens of staff, in danger of catching infections and becoming increasingly bed bound.

Now, because she lives in Salford, she followed a different path. The frequent calls co-ordinator flagged up that she had already dialled twice that month. They alerted the social care worker for her group, she was given a mobile drip, a physiotherapist came to assess her needs and the health improvement team visited. She also saw the drug and alcohol team.

Fifteen different services were involved: they sorted out her benefits, provided a walking frame and introduced her to local amenities for the elderly. Now Agnes lives in sheltered accommodation, but she only needs a phone call or visit once a day, she shops and cooks for herself, goes to a curling club, visits the hairdresser and has friends in the surrounding flats.

She is the happiest she has been for years. Once a month all those involved in her life sit down to review her notes.

Bernadette Enright, divisional director of social care in Salford, says: “It was an incredibly sad case of self- neglect but if she had gone to hospital the chances are she wouldn’t have returned. This way we all shared the responsibility and kept her independent, which has given her a new life.” In the long run it has also saved money as she is not taking up a hospital bed.

Salford is at the forefront of integrated care. Six months ago, the city merged its social care system, run by the council, with the Salford Royal NHS Foundation Trust, the NHS clinical commissioning group, and the Greater Manchester West Mental Health NHS Foundation Trust.

Jon Rouse, chief officer of Greater Manchester health and social care, explains: “The integration idea has been around since the late 60s. Then the recession happened, local government funding was cut and it became clear that the only way social care was going to work was to integrate it with our healthcare system. Although it had never been attempted at any great scale there was evidence that if you joined up health and social care you could produce better quality of care and save money.”

Sir David Dalton, the chief executive of Salford Royal, was fully behind the idea. “Most people want to stay at home if they can when they are very elderly and I’ve always thought that hospitals should be part of an integrated health system,” he says.

Greater Manchester has ten areas willing to try it out; Salford is the most advanced. Advisers from No 10 have already visited to see how it is working.

Sir David says, “We want far fewer people coming into specialist dementia wards or staying in hospital when they can be cared for at home. It costs about £250 a day for someone just to be in a ward, £100 a day for a domiciliary care package; for a care home maybe £150.”

The new system has the most sophisticated, joined-up IT operation in the UK so that all the health and social care workers can access patients’ records at the click of an iPad.

The Salford switch happened on July 1 this year when 1,440 staff merged. Bernadette Enright and Jacqui Burrow, the divisional director of nursing, helped to bring the social workers and nurses together. “Social work isn’t given enough status. Now we started to understand exactly what everyone else does,” Ms Enright says. “We could work together on cases and decide when a patient should remain in their own home or should be in hospital without thinking who was paying.”

Over the next 20 years the number of over-85s will double. Chris Evans, the managing director of Salford health and social care, said: “Our system won’t cope. The NHS was set up for episodic visits, one at a time, but now people have multiple issues so they are constantly in and out of GP surgeries and A&E explaining their conditions. Then they have to be seen by social services before they can be discharged. There was a lack of co-ordination. Now we all work together from the same notes and patients can often avoid hospital.”

Merging the health and social care budget could also save the city from floundering financially. The health and social care budget for Greater Manchester is £6.488 billion, but by the time the city took over the budget the projected funding gap was £2 billion. They are spending £200 per minute beyond their means, but have identified about 2,000 people in hospital who would be better off looked after in different ways.

Sir David and Mr Rouse hope that by sharing the budget and responsibilities between the NHS and social care, they can patch up the system, but believe it cannot be a long-term solution.

“The needs are growing and the costs are not keeping pace,” says Sir David. “Adult social care has been hard hit and hospitals have been picking up the pieces. As people live longer with more complicated conditions we may need to look at other funding models.”