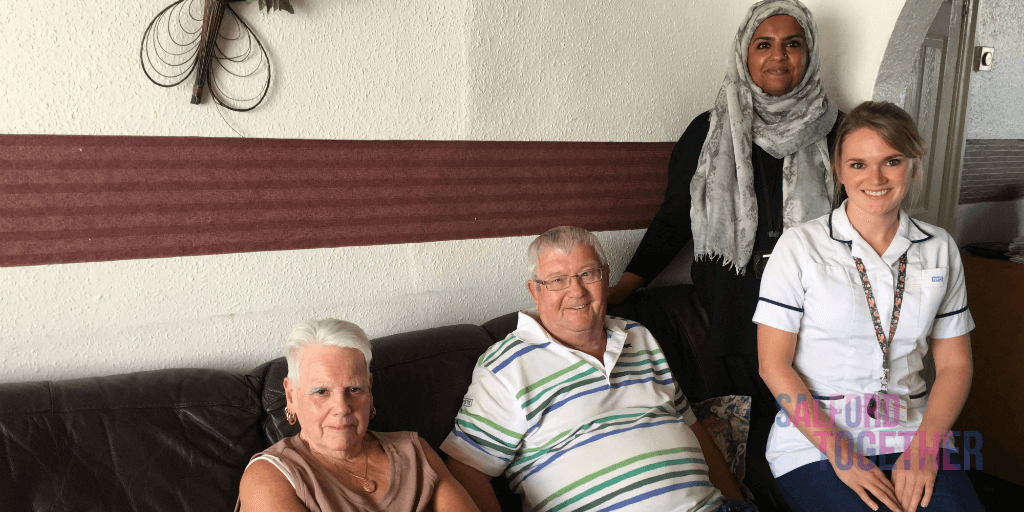 “Whether you’re 8 or 80, you think you are invisible – but the Salford Urgent Care Team made all the difference!”

Raymond is an incredibly active person who lives with Elaine, his wife of nearly 50 years. Raymond spends a lot of time in his garden, maintaining his three lawns and fifteen hanging baskets he made himself. He enjoys sport and is an avid fan of Salford City Reds rugby league team and Manchester City. He has a wide circle of friends and enjoys meeting up with them regularly.  Raymond also enjoys darts and dominoes -when he gets the time.

He reflects on the Saturday morning when he believes his shoulder problems started ‘I had three lawns to mow and a rugby match to catch at lunchtime. I was in a bit of a rush and probably overdid it’ he said.

Two days later, Raymond was playing darts with his friends at his local pub when he suddenly felt intense pain. Raymond said, “I’ve had a frozen shoulder before but this was so much more painful, I had to go straight home”. He visited his GP the next day and was prescribed a pain killer.

A short time later he began being violently sick and feeling dizzy. Elaine said ‘He collapsed on his bed with his eyes rolling back and I was so scared for him I phoned my son straight away’.  Their son Sean arrived and immediately called an ambulance.

The North West Ambulance Service assessed Raymond and diagnosed intolerance to the pain killers he had been taking. They explained that he didn’t need to go to the hospital but could be seen at home instead by the new Urgent Care Team.

Elaine was relieved that he didn’t need to go to the hospital. Raymond is her main carer and they had never been apart in 49 years.

Raymond said ‘It was no time at all before the team arrived’.  Shazia, the pharmacist, assessed Raymond and prescribed an alternative medication.  Raymond said ‘it was amazing, I had no transport so Shazia even went to the chemist and got my medication for me!’

Rosie, the physio, gave Raymond some advice for his shoulder and the team kept a close eye on him for 72 hours, during which time his medication had to be reviewed due to further sickness.

Raymond kept to his physio exercises and on day three was referred for an x-ray. Raymond said ‘it was marvellous, Rosie left my house at 3pm and by 3:30pm she had an x-ray appointment for me.”

He was diagnosed with a rotator cuff injury and advised to continue with his physio.

Raymond said ‘The pain was so bad at first, I couldn’t even sleep in my own bed. Raymond had to lie in different positions on the sofa until 5am when his wife would get up and tell him to go to bed but he hardly slept.

The team encouraged him to keep up with his physio and five weeks later he is starting to feel like his old self again. He said, “I didn’t go to rugby or darts for four weeks but the way Rosie reassured me brought me back”.

Raymond is now back in his garden, tending to his baskets, going to the rugby and meeting up with friends again.

Raymond is also back in his own bed and sleeping right through the night.

He says “Whether you are 8 or 80, you think you’re invisible and something like this really shocks you, but the Salford Urgent Care team made all the difference.” 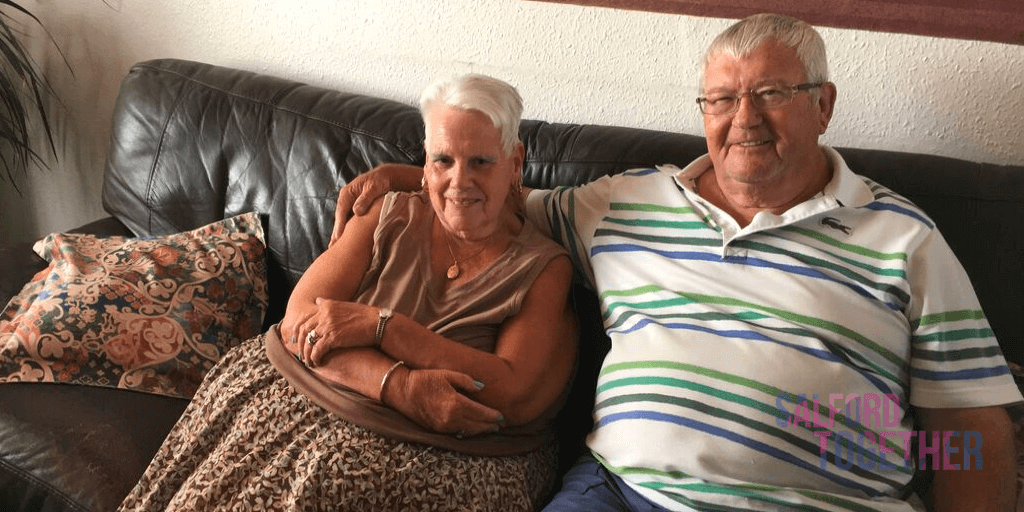