Posted on 21 November 2019 by Philip Hammond 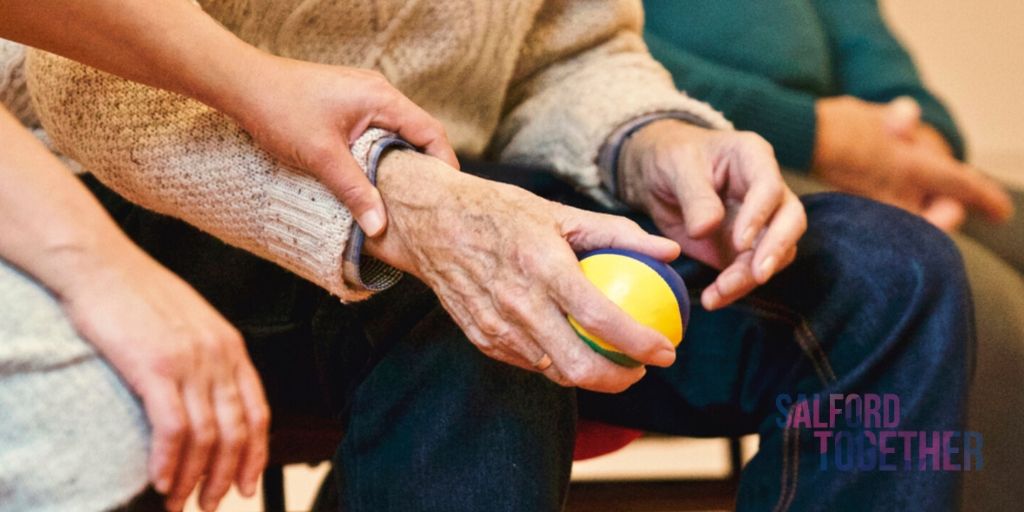 Since Dave was diagnosed with Parkinson’s disease, his wife Christine has provided round-the-clock care for him, often with little to no outside support.  As Christine has a visual impairment and doesn’t have access to her own transport, this can often be difficult.

“Transport can be a major problem as I can’t drive and have poor eyesight – If I could see better, life would be much easier”

Over the years Christine had received advice and support from the carers service who have supported her to apply for benefits including a carer’s allowance which she put towards the purchase of a laptop.  However, outside of these short periods of support, she has often felt alone.

At the start of 2019, Dave became very unwell and was admitted into Salford Royal hospital with a chest infection.  When he was ready to be discharged home, the nursing team introduced Christine to Laura from the Enhanced Carers Support Service (ECSS).

As well as arranging to visit Christine each month, Laura also contacted a variety of support organisations to bring together a package of support to help Christine in her role as a carer.  This included organising someone to provide personal care, such as bathing and toileting for Dave, something that Christine had often struggled to do on her own in the past.

Laura also helped Christine apply for funding to purchase a ‘digital assistance system’ (like an Alexa device) which would help her with simple tasks around the house like switching lights on and off, setting reminders etc.  Christine had previously borrowed a similar device from a friend and found this digital help to be invaluable.

Christine welcomed the advice and support from the ECSS and said she felt very much involved with making decisions about which services could support her to provide care for Dave. However, she does have some concerns that once the six-month period of support was complete she would once alone be left to her own devices and hopes that the service can include follow-up contacts in the future.